Wop was recognized over the years with the following awards:

DISTINGUISHED FLYING CROSS – 1918
CITATION: This officer has carried out numerous offensive and low bombing patrols , proving himself on all occasions a bold and daring pilot. His keenness and disregard of personal danger is worthy of the higest praise. 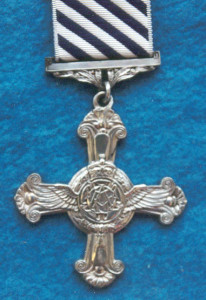 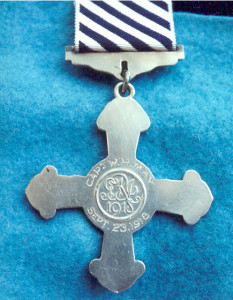 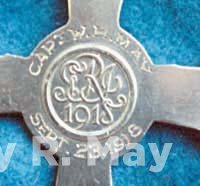 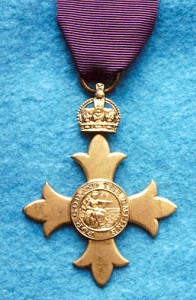 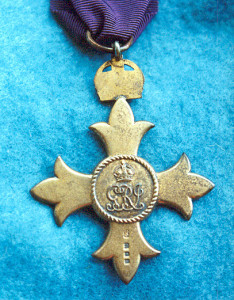 MEDAL OF FREEDOM – Bronze Palm – 1947
CITATION: Mr. Wilfrid Reid May, Canadian Civilian, performed meritorious services for the United States Army Air Forces from January 1942 to January 1946. Mr. May, serving in the capacity of Superintendent of the Air Observer’s School at Edmonton Municipal Airport and later as District Manager of Canadian Pacific Airlines, voluntarily loaned the personnel and the facilities of his school to assure the delivery of aircraft to the Aleutians and Alaska without delay. He conceived the idea of aerial rescue crews for rescue of flyers in the bush area, and after developing a trained parachute squad he furnished a rescue service indiscriminately to Americans and Canadians thus saving the lives of many of our fliers. In so do doing he fulfilled the highest traditions of the Dominion of Canada.

I have included the following information, as I could find little information on the web on this award.

BADGE: Circular badge which has the profile of the top of the Statue of Freedom facing left, with the words: FREEDOM inscribed below. The reverse has the Liberty Bell in the center, surrounded by the inscription: UNITED STATES OF AMERICA. 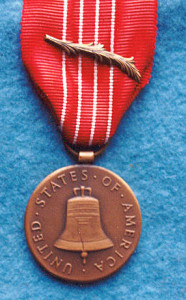 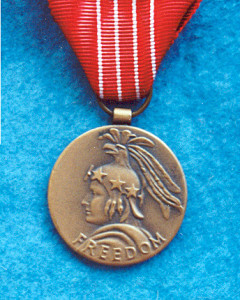 GREAT WAR MEDAL – 1918
Presented to all who served with the Canadian Forces in W.W.I 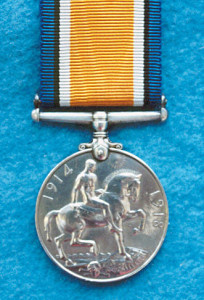 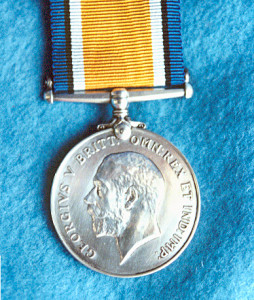 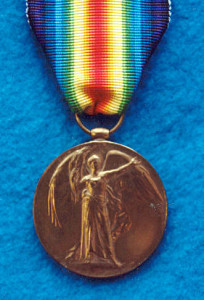 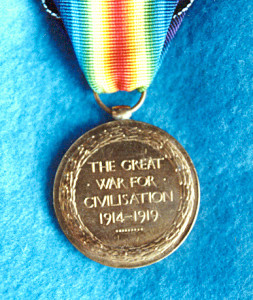 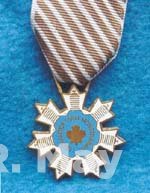 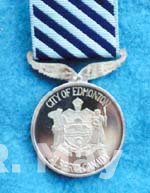 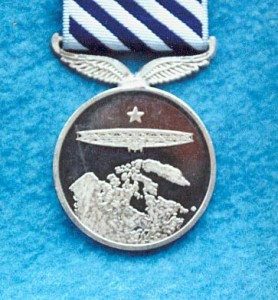 ORDER OF POLARIS with Flying Bar – YUKON – 1973
Presented to inductees of Canada’s Aviation Hall of fame
the “flying bar” was on the medals of those who flew in
the Yukon Territory. 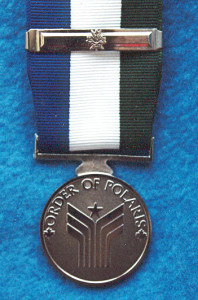 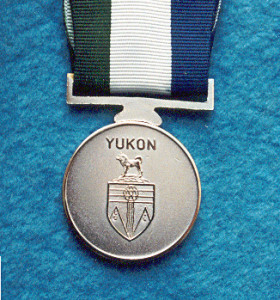 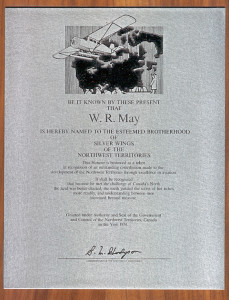 Awarded Annually from 1927 through 1977 for outstanding contributions to the development of Aviation in Canada.

CITATION: in recognition of his work in organizing air services to outlying districts. 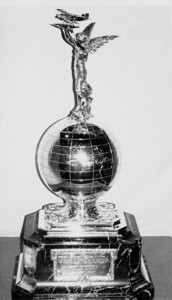 The McKee Trophy is permanently on display in Canada’s Aviation Hall of Fame – Wetaskiwin, Alberta

At the time of the City of Edmonton’s 100th Birthday “Wop” May was named as one of the 100 Citizens of century. 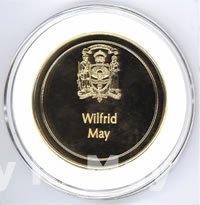